Of late, I’ve been doing an enormous amount of design and documentation work. This has left me sitting at my desk for weeks on end. I’ve had a multi-monitor setup for a while, but I found that even with 2×24″ and a 14″ 1080p screens, I still manage to run out of window space, and spend a lot of time squinting at the smaller laptop screen. This has given me grief with my neck, and to stave of permanent injury, I’ve been looking at investing in more pixels. As my 2015 Q1 schedule shows more of the same, I impulse purchased a Dell UP2414Q monitor. This is to supplement my cheap but good Benq 24″ and not cheap but necessary Samsung TV.

To say the experience so far has not been great is an understatement. The monitor itself is terrific, but trying to run 4k right now is a series of massive fails. Whilst aware of some of these issues before I purchased, I had no idea than in the tail end of 2014 graphics support would still be so crappy.

So in no particular order, my gripes so far:

So, I’ve got more than a bit of buyers remorse at the moment. Whilst I’m still working on tuning it, the loss of two otherwise perfectly good screens is not an option .

So my next steps are:

I’ll update this blog when I get a chance, if and when I make any progress. 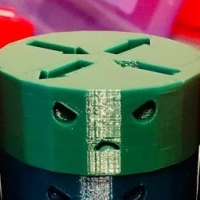 Random Musings of a Network Engineer

Security networking with a side of snark.

Attaining my CCIE with the help of Warhammer 40k

Networking With A Side of Snark